We’ve painted murals in four of Cook & Indi’s World Buffet restaurants, but the last one in Motherwell – a massive venue on a warehouse-type scale –  quite literally took things to a higher level. To start with, in keeping with the established theme, we painted a series of six huge panels (7m x 7m) to reflect different cultures and countries, including Mexico, India and Italy. This immediately transformed things from an ‘empty space’ type feel, to a venue with real character.

We then moved onto a really unusual project – painting a 1/3 scale Lear Jet to be hung from the ceiling above the tables. The highly skilled tradesmen on Cook & Indi’s team built the plane’s fuselage from anything that would work – large plumbing pipes, oil drums and a plastic bowl from ASDA for the nosecone!

We were given the plane in its raw state and tasked with making it look like a real Lear Jet.  This involved a lot of sanding down and spraying several coats of high gloss 2 pack car paint to make it fit for the skies. We spray painted in all the doors, windows, structural details and then hand painted ‘COOK N INDIS AIRLINES’ on both sides.

The finished plane was then suspended from the ceiling in all its glory – thankfully this wasn’t our job! It’s a real talking point with customers, and a great show of imagination and ambition from the clients. 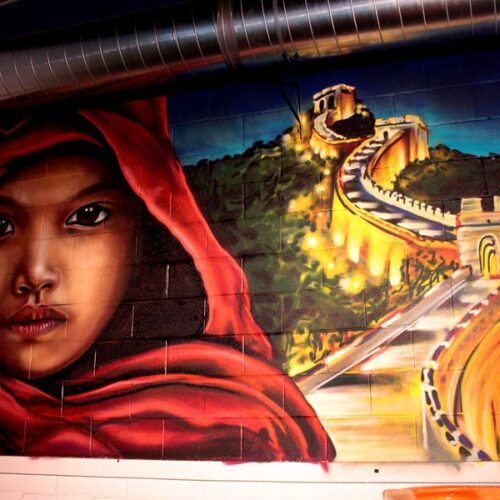 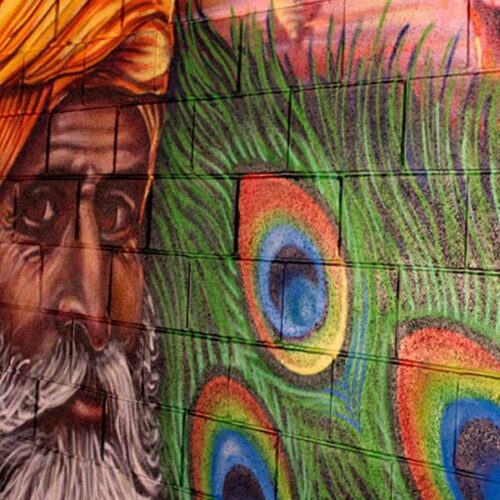 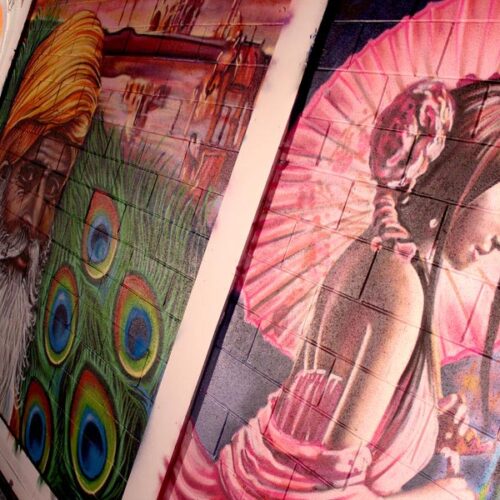 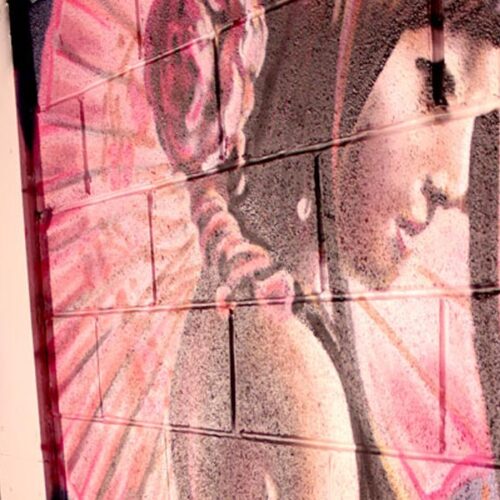 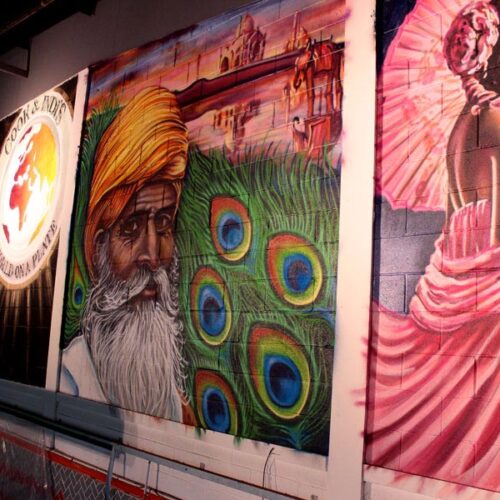 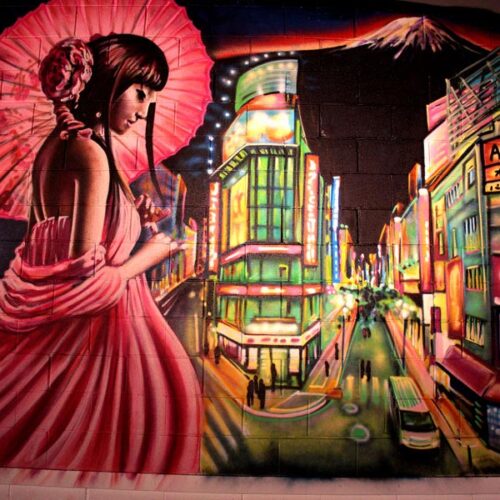 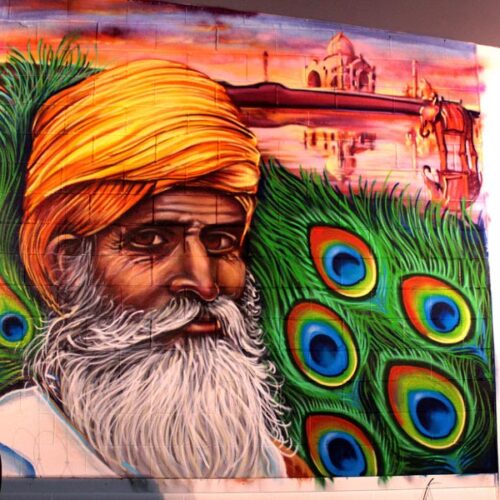 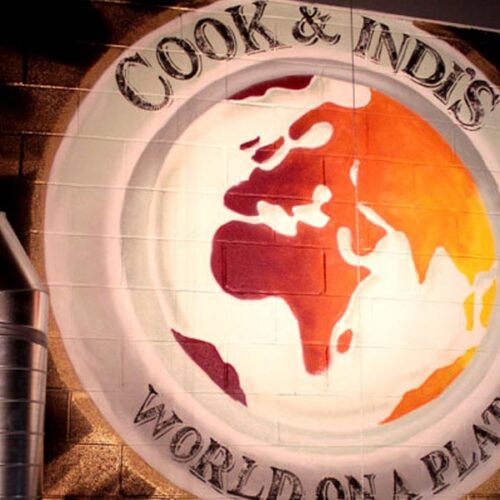 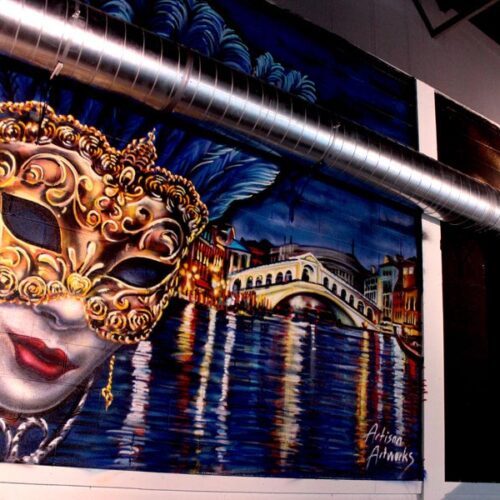 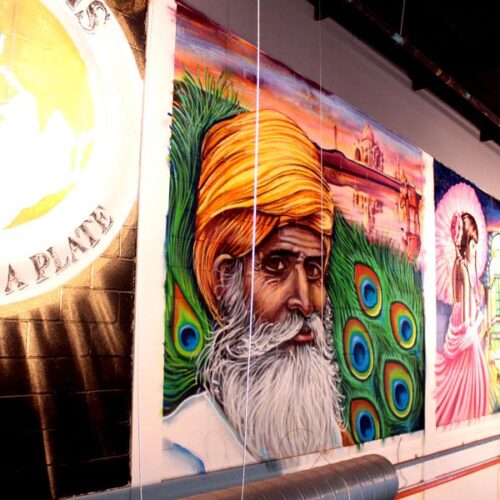 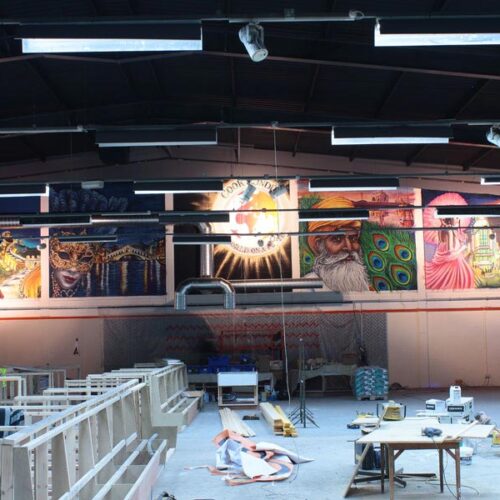 “I first heard about Frank from a tradesman who recommended him and showed me pictures of his work. I was so impressed, I just had to meet him. We chatted about the kind of thing I wanted and I asked him to put some ideas together. What he did next was just amazing, creating these fabulous murals which worked so perfectly with our restaurant.”

“He’s done four now and the latest one in our Motherwell venue, where he also did the plane, is unbelievable. Our customers comment all the time and the whole concept definitely adds value to our business. As well as a talented artist, Frank is one of the hardest working people you’ll ever meet, with a fantastic work ethic. He’s so committed to every project, always first in and last out, and doesn’t stop until he’s happy the job’s done well. The guys’ phenomenal.”